Back to "Myler Flat Shank Bits"
Free Shipping on most orders over $85 in the 48 states. 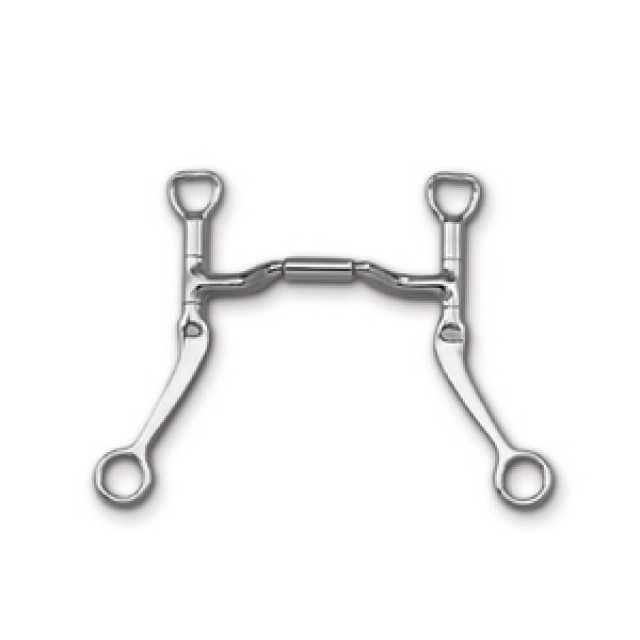 This flat shank western bit is made with Myler's signature mouthpiece that is made of polished Sweet Iron which naturally oxidizes. The forward tilt ported flat shank by Myler bits has a 7" shank and allows for independent side movement, allowing the rider to isolate one side of the bit. Myler Flat Shank with Forward Tilt Ported Barrel Bit is a level 2-3 bit for more advanced horses that need the occasional correction.

Currently there are no reviews available for this product. Be the first to write a review.